Sports is an integral part of every society's culture whether as a recreational or a competitive activity. The 19th century was the era of rise of modern sports. However, sports has come a long way since then, especially after the advent of broadcasting services across the world.

India has evolved from a single sport nation to a multi-sport country. Football is slowly gaining popularity in India, with the Indian Super League (ISL) making its mark.

The Diploma in Understanding Sports Law in India with special focus on Football Law is brought to you by Scriboard Advocates and Legal Consultants and Krida Legal, in association with Enhelion. It aims to provide an overview of Sports Law and analyses the rules governing Football in India.

According to our policy, the course fee will not be refunded.

WHAT WILL SET YOU APART?

Enrolling for the certificate programme will enable you to:

The following modules are covered under the course [Video lectures only]-

Rodney D. Ryder is the founding partner at Scriboard and is a leading technology, intellectual property and corporate lawyer. He is the author of Guide to Cyber Laws: the Information Technology Act, 2000, E-Commerce, Data Protection and the Internet, the first section-wise analysis of the Indian Information Technology Act, 2000. He is presently Advisor to the Ministry of Communications and Information Technology, Government of India on the implementation of the Information Technology Act, 2000.Mr. Ryder has been nominated as a 'Leading Lawyer' in intellectual property, technology, communications and media law by Asia Law, Who'sWhoLegal, Asia Legal 500, amongst other International publications. Mr. Ryder is also advisor to the Data Security Council of India [a NASSCOM initiative] on the structuring of industry data privacy and information security policies and contractual standards. His second book, Intellectual Property and the Internet, published by LexisNexis is perhaps the only one of its kind in Asia. The text has been acknowledged to be an authoritative work by the Hon’ble Supreme Court of India and has been quoted in the first and only judgement by the Hon’ble Supreme Court of India on domain names. He is advisor to the National Internet Exchange of India [NiXI] and a member of the panel of independent and neutral arbitrators with NiXI.

Vidushpat Singhania is the managing partner of Krida Legal where he heads the Sports and Gaming practice of the Firm. Vidushpat has been actively involved in the policy making including drafting of the National Sports Development Bill, 2013, Prevention of Sporting Fraud Bill, 2013 and the Anti-Doping Bill, 2018. Vidushpat has also been a part of the Regulatory Commission of Indian Super League, Supreme Court appointed Justice Mudgal’s IPL Probe Committee and MHRD’s committee on integration of sports with higher education. He is amongst the leading litigators at the National Anti-Doping Agency and has represented several sportspersons. He advises various sport leagues and sport federations’. He is also regular speaker at various renowned conferences including ICE Gaming conference, iGaming conference and the World Lottery Association’s conference.

In every walk of life, the process of evaluation takes place in one form or the other. If the evaluation process is eliminated from human life then perhaps the aim of life may be lost. Being in the same line, Enhelion is committed to evaluating the process of learning through its courses.

The enrollee will be evaluated based on two Project Assignments, which would test the analytical understanding of the topics covered in the video lecture.

To be eligible to receive a certificate after successful completion of the course, one is required to secure an overall minimum of 40 percent in the Project Assignments.

Scriboard is a full service commercial law firm specialising in Information Technology and Intellectual Property and related services. The firm is legal counsel to the Ministry of Communications and Information Technology, Government of India and to the National Internet Exchange of India [NIXI], which manages the .in [Indian Country Code Top Level Domain Extensions]. They are also India Counsel to a leading social networking website, major oil and technology companies. They advise the Central Bureau of Investigation [CBI] on Internet Security and Cyber Crimes.

Krida, which means Sports Recreation in Hindi, characterize the niche of this Firm. Krida Legal is amongst the leading law firms in India, dealing in law and practice relating to Sports, Gaming, Arts and Luxury, Dispute Resolution, etc. Its clients bespeak of its professionalism, integrity and ethics as these values and principles are deeply imbibed in the firm culture and practice. The firm aims to provide sound advice and effective solutions, with these integral values and quality. Being adept to new technologies, the firm works in a secure environment, with convenience to operate from anywhere. The firm has its head office in the National Capital of India and works with a global clientele in various jurisdictions. 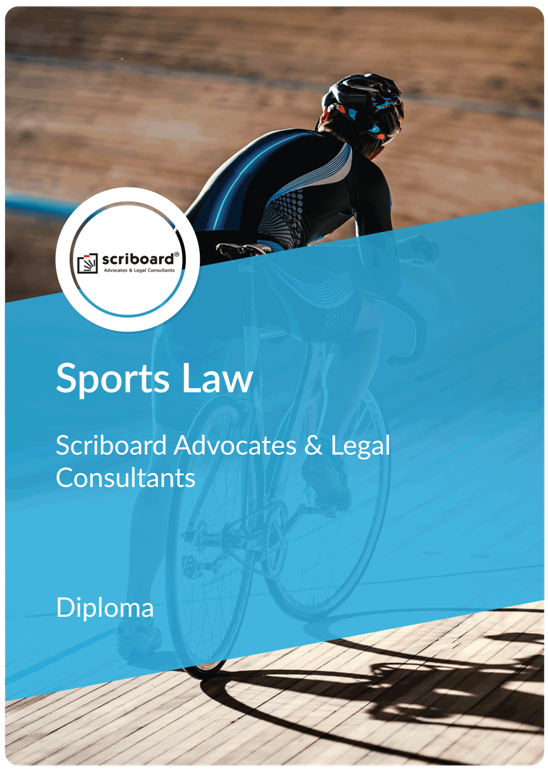 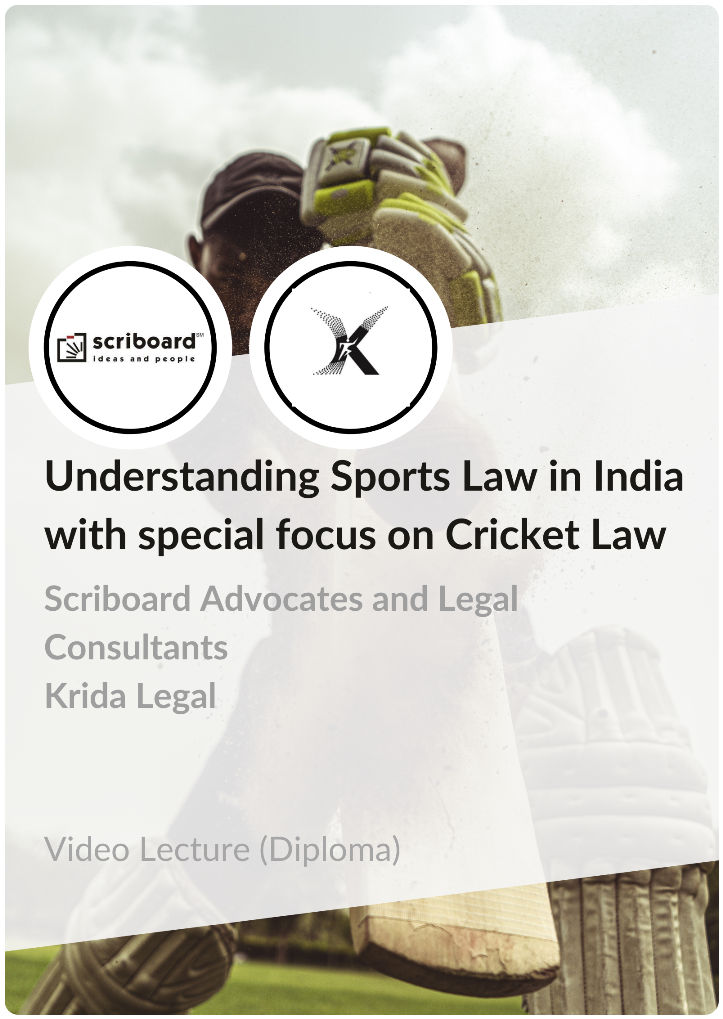 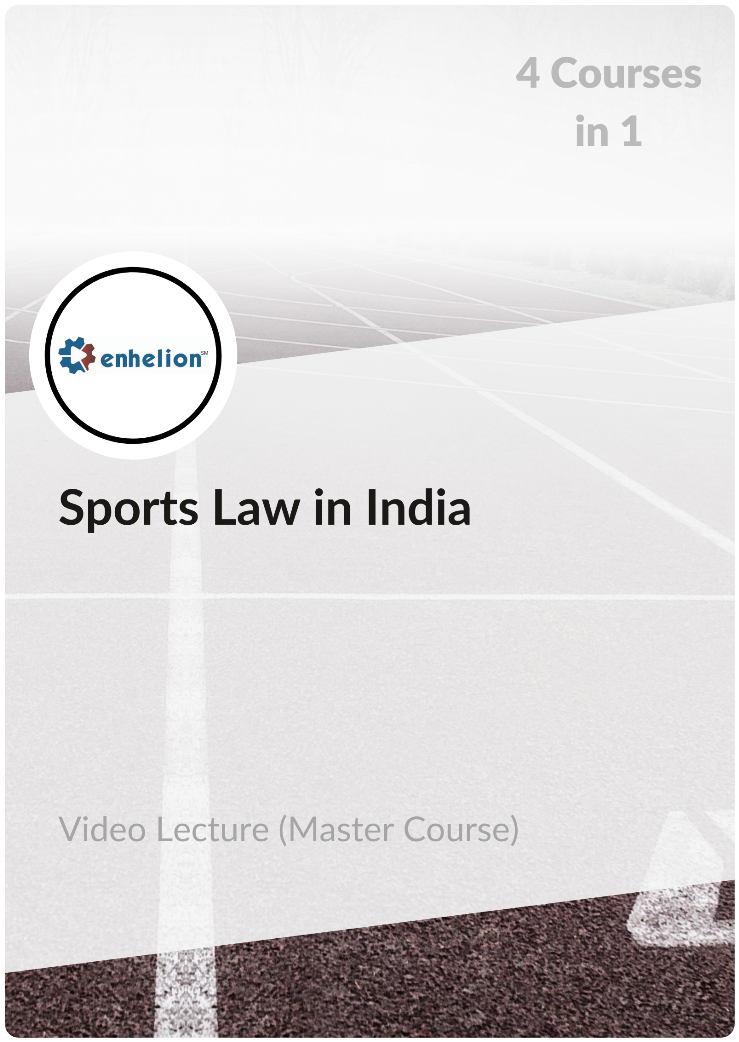 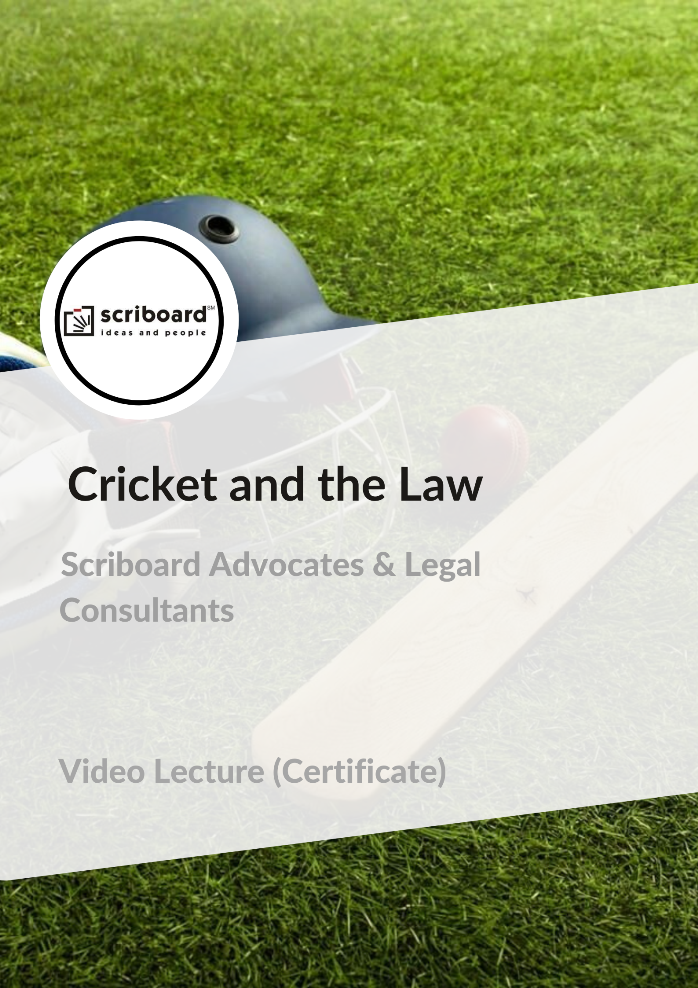 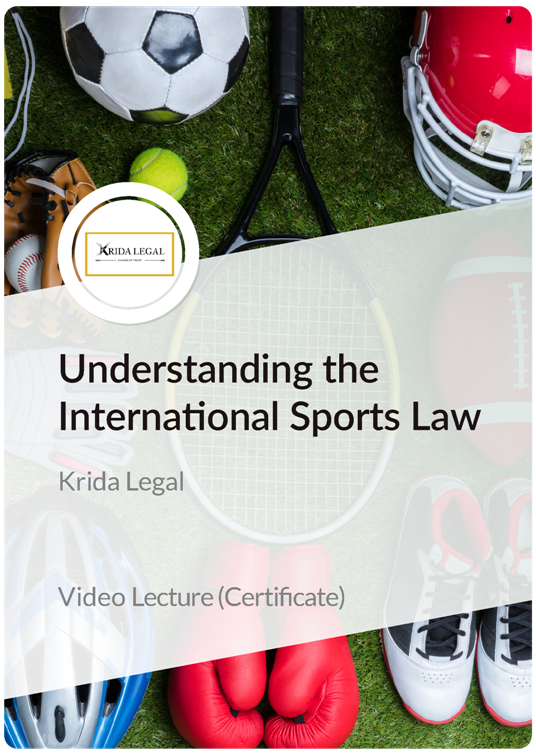 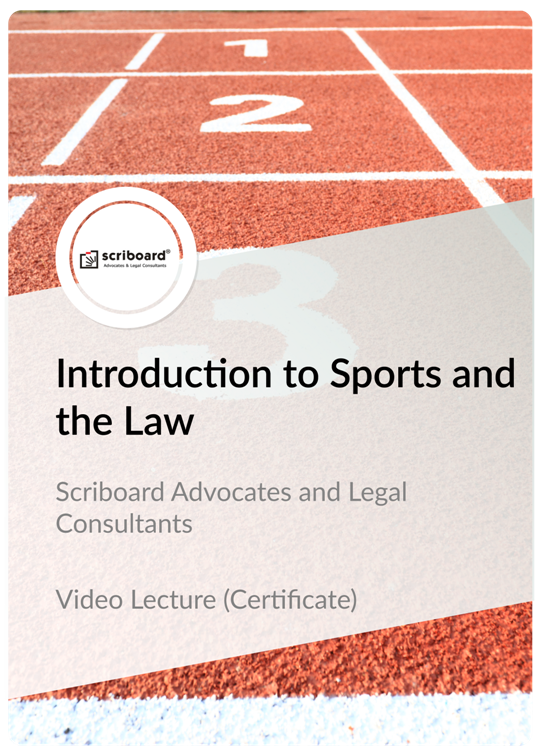 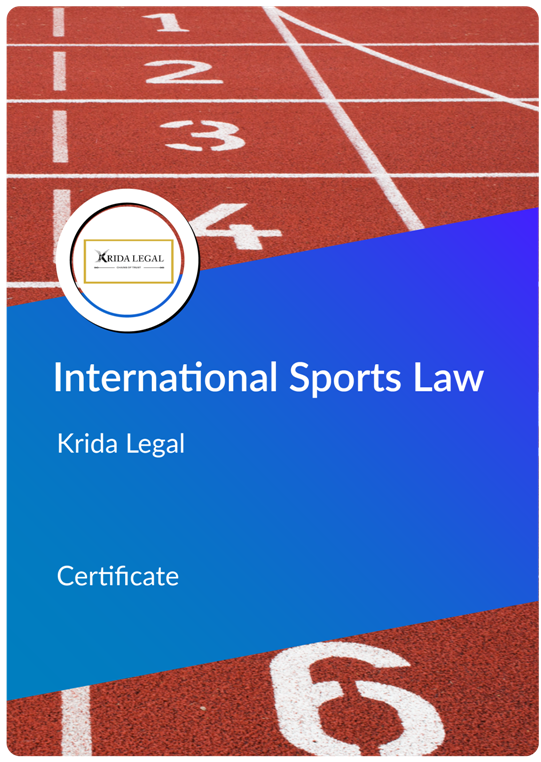 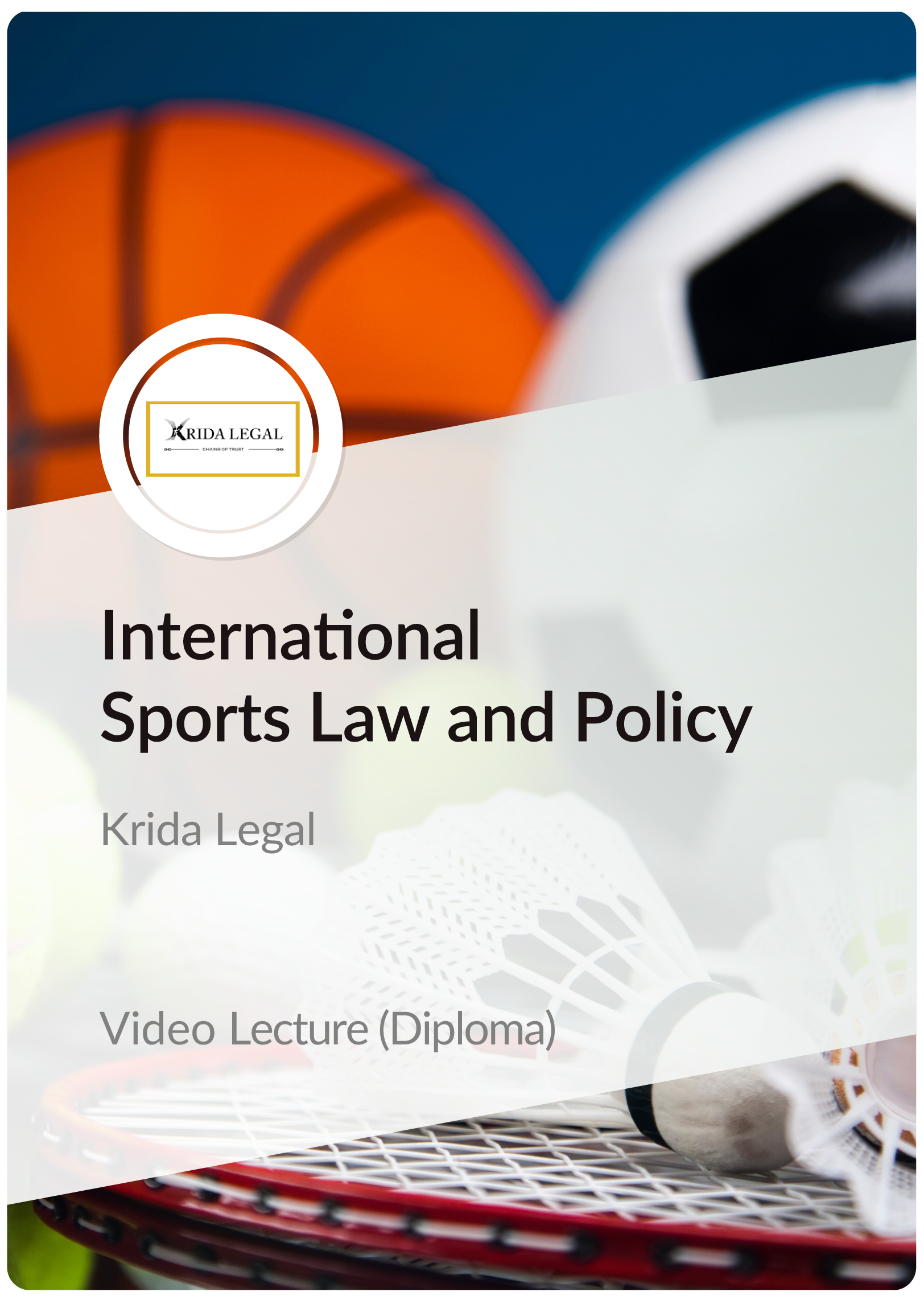